65% of all bookings generated through metasearch engines come from GHA 12% of hotel reservations are made through metasearch engines and they assist 25% to other channels (SEO, direct, Adwords “Ads”, Display, among others).

Of the total weight that metasearch engines represent in hotel sales, Google Hotel Ads (GHA), the Google platform that distributes hotel prices in real time, already represents 65%. In this way, it becomes the most profitable metasearch engine -above Trivago and Tripadvisor- with a 150% growth compared to the same period last year, when it only represented 26%.

In a context in which 75% of travellers book their holidays online, the importance of maximizing the hotels’ digital presence, both independent hotels and chains, and to leverage the advantages offered by metasearch engines.«Google Ads continues to be the most important marketing channel, since it means 20% of the total, but Google Hotel Ads is gaining ground. Our advice is to combine both channels, since Ads is more useful during the consideration phase of the purchase cycle, and Google Hotel Ads acts more as a tool for the booking phase. With a combined channel strategy, the hotelier has it easier to compete with OTAs and attract customers at a much lower distribution cost”, says Felipe Bravo, Head of Digital Marketing at Roiback.

The return on investment (ROI) of our customers using Google Hotel Ads is around 900% (a return of 9€ per each invested euro). We have also compared the bookings generated through GHA for the same hotels, during last summer and the same period of the previous year, and there is an increase of 77% at practically the same profitability levels or even lower in some cases thanks to the optimization. Regarding this aspect, Felipe assures: «It proves that during this year GHA has been significantly increasing its visibility in Google.com, Google Maps and Google Destinations, as well as enhancing visibility in desktop but especially in mobile devices, and that it is becoming the most relevant metasearch engine for the hotel industry«.

According to Roiback figures, the cancellation ratio through GHA is also lower, since it moves around 13% (below the OTA’s cancellation ratio that is between 20 and 40%). On this matter, Felipe highlights the many advantages of using GHA: «This is an excellent channel to connect directly with Google users who actively search for accommodation. In addition, it allows the hotelier to attract new clients and build loyalty through offering them extras, upsellings or pre and post-stay communications. Without a doubt, it is a tool that allows to reduce part of the dependence on distributors, wholesalers, bed banks and OTAs.«

Per markets, Roiback’s research highlights that approximately 50% of the bookings generated through GHA come from nine countries: Spain, United States, Mexico, United Kingdom, Colombia, France, Germany, Italy and Portugal, but in total there are 80 source countries that make reservations. In this way, GHA becomes the most suitable channel if the aim is to diversify the hotels’ source markets and to attract clients of specific nationalities.

On average, hotels adjust their GHA bids around 10%-12% and although GHA can be used through four different modalities, the most demanded is the «commissionable» model (GHACP). «It should be noted that the GHACP model commissions only for consumed reservations and does not consider cancellations because it is a pure commission system; while the CPA model does commission the cancelled ones, because it considers the bookings generated during the month. Therefore, it is key to review the cancellation numbers before deciding the commission percentage to bid. It is also important to remind that Google no longer allows the use of this model to more providers (only if it is done by invitation) because it is trying to push the CPA model to shift the cancellation risk to hoteliers. At Roiback, we have been using the commissionable model for more than two years and, for this reason, all of our partners can opt for it«, explains Felipe.

Finally, in relation to the increased visibility of GHA in mobile devices, Roiback has informed that 40% of bookings generated in this channel are made through these devices. «This is a much higher figure than the general average for the total of any other channel and for all direct sales. This basically means two things: firstly, the increased visibility that GHA is achieving in mobile devices, in addition to increasing mobile visits; and secondly, that the GHA solution for mobile phones is well worked and users are able to complete their bookings on their devices without turning to desktop to finish it, as opposed to other traffic channels.« 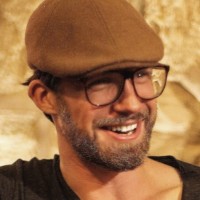 It may be of interest