The visibility of women in the travel industry Yesterday took place the First Congress of Women and Tourism held at Caixa Forum in Palma with the participation of our managing director, Rebeca González.

The event organized by Any Solution and Turistec, was aimed to give visibility to the role of women in the tourism sector. It was divided into four blocks led by several women leaders in the tourism industry. In three different blocks, women, tourism and technology were discussed. They also talked about the trends in the sector and the complementary offer. All of them had the opportunity to give their points of view and exchange different opinions.

The day was inaugurated by Isabel Oliver, Secretary of State of Tourism who emphasized the importance of equality between men and women in the tourism sector, and urged to be «spearhead» in this area.

Isabel Piñero, vice president of the Piñero Group and representing a group led by four women, was one of the first to take the stage. During her speech, she stressed several points. «You still have to work the remorse and guilt that comes by default,» said Piñero. In addition, she added that «one of its main objectives is to promote the empowerment of women and equality».

In many countries, the role of women is positioned on a much lower scale than that of men, so that equality hardly manifests itself. Regarding that, Soraya Romero, Director of Sustainability at Iberostar, said that, «having hotels in 19 different countries, sometimes you can not do everything you want.»

On the other hand, Rebeca highlighted as a strong point of women when leading a team, «empathy and sensitivity to be able to see beyond the merely professional.» In addition to talking about the role of women in tourism, she also emphasized the main challenges facing the company. She also stressed «the importance of being in constant movement, in addition to innovating, knowing trends and detecting needs.» «What is valid today, tomorrow is obsolete,» Rebeca ended. 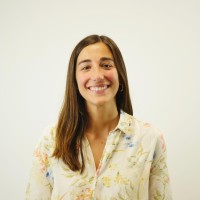